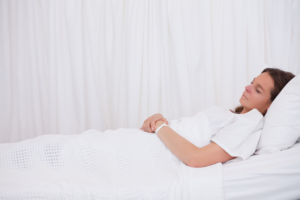 Awareness has increased about post-traumatic stress disorder (PTSD) and the destructive and far-reaching consequences it can have on a person’s life. However, it’s helpful to distinguish between PTSD and complex PTSD (CPTSD), which the World Health Organization recently formally recognized. CPTSD largely affects victims of childhood abuse.

Official recognition opens the doors for more research and the potential of better treatment for sufferers of CPTSD, many of whom are female survivors of childhood sexual abuse. In fact, more women than men have been identified as suffering from PTSD.

An estimated 7% of children are victims of sexual abuse and it is believed to underlie later mental and physical problems, including chronic health conditions, depression, anxiety, addiction, and criminal behaviors.

The difference between PTSD and CPTSD

Although both PTSD and CPTSD are caused by trauma and can have lasting consequences, researchers increasingly see the two disorders as distinct:

PTSD: The result of an acute trauma, such as combat trauma, witnessing a death, being in a natural disaster, an accident, etc.

In PTSD symptoms are related to re-experiencing the trauma and wanting to avoid situations that trigger that. People with PTSD tend to be more hypervigilant and have negative beliefs and feelings.

CPTSD: The result of repetitive and prolonged trauma, such as ongoing physical abuse, sexual abuse, and/or neglect that is often experienced in childhood but can also include domestic violence and abuse, exploitation, etc. in adulthood.

A person with CPTSD will have the symptoms of PTSD along with the following:

Treatment for PTSD and CPTSD can be very similar, although CPTSD typically requires in-depth psychotherapy to undo years of damage from negative beliefs and self-perception.

Because PTSD and CPTSD create hypervigilance and emotional dysregulation, this can negatively “wire” the brain over time in a way that reinforces anxiety, depression, addiction, and other brain-based disorders.

In addition to psychological approaches, functional neurology can help you rehabilitate your brain from PTSD and CPTSD by helping calm over active areas of the brain and activate areas that are under firing. The goal is to calm and regulate your fear-focused brain.

In functional neurology we work with the concept of “neuroplasticity,” which means your neurons can create new pathways of communication. This can help you develop new habits, new ways of thinking and feeling, the ability to make better decisions, and to reduce or alleviate addictive tendencies.

Functional neurology also incorporates dietary and lifestyle strategies to support your brain health. For instance, if you are eating one or more foods that are causing inflammation in the brain, this can exacerbate your PTSD and CPTSD. Adopting an anti-inflammatory diet and lifestyle can help you in your recovery.

Ask the SWBPC team or front office how functional neurology can help you recover from a concussion.