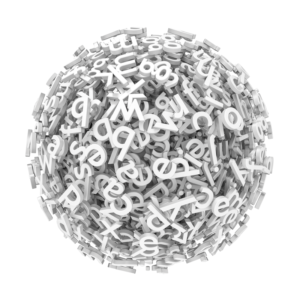 Dyslexia is more an auditory disorder than a visual disorder

We naturally think of dyslexia as a visual problem with reading, but the neurological root cause reveals something different — it’s actually a disorder with auditory, or hearing, processing.

Dyslexia is a learning disorder unrelated to intelligence that affects your ability to read, spell, write, and even speak.

People with dyslexia have difficulty with phonology — sounding out words and parts of words. Brain scans of people with dyslexia have shown the part of their brain responsible for phonology does not connect adequately with the left frontal lobe, the area of the brain that governs language. Research also shows disruptions in the timing of auditory processing of speech. Like a well-tuned, well-rehearsed symphony orchestra, the brain depends on good timing in the connections of its various parts to function properly.

Some research even suggests people with dyslexia have brain anatomy that predisposes them to dyslexia.

A dyslexic may spell words incorrectly but that are phonetically correct, i.e., “joos” versus “juice.” Also, even if they are highly intelligent, they may routinely struggle with the correct form of “there,” they’re,” and “their” in a written sentence.

Dyslexics may also struggle with the difference between left and right and transpose numbers easily. They do not do well with patterns and sequences.

People with dyslexia have been shown to be more right-brain dominant and show a right-brain-dominant development imbalance in childhood.

Traits of being right-brain dominant include being better able to see the bigger picture versus the details, more artistic, intuitive, and empathetic, does poorly with verbal instruction, and is more prone to multitasking.

Thanks to industrialization, brain development disorders in children have become very common these days. They are also usually accompanied by immune disorders, such as asthma, eczema, allergies, food sensitivities, and autoimmune disorders. In fact, the dyslexic child’s issues may be compounded by recurrent ear infections that damage hearing and further impact auditory processing.

Fortunately, these findings have improved rehabilitation for dyslexia by incorporating auditory learning.

In functional neurology, we can further facilitate rehabilitation by bringing more balance between the brain’s hemispheres and improving the timing and coordination between the various regions of the brain.

In functional neurology, we use a variety of neurological exams to identify these imbalances. For example, stereognosis exercises on the right side of the body can stimulate the left parietal lobe and restore help balance between the left and right hemispheres. Drawing the letters and numbers dyslexics commonly confuse (d, b, p, q, 6, and 9) and working on distinguishing them can also exercise the left brain.

In functional neurology we can even spot a brain development abnormality in infancy. This can give parents a leg up in preventing or minimizing disorders before they are too severe. The earlier you can intervene, the more of an impact functional neurology rehabilitation can have.

However, if you are an adult with dyslexia, do not despair. The brain is highly malleable and responsive to rehabilitation at any age. It just needs the right input, either activating underactive areas, or dampening over active areas through a variety of exercises tailored to your neurology.

Ask my office how functional neurology can help you with dyslexia.