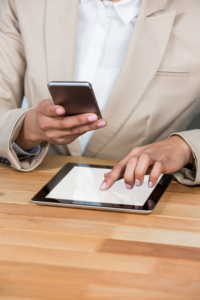 Digital dementia and ADD: How smartphones rewire the brain

People feel shame and guilt about their smartphone and digital addictions, but the truth is we are simply at the mercy of how profoundly technology shapes the human brain. It’s understandable why digital dementia” — the loss of cognitive function due to excessive digital use, and “digital ADD” are so common today.

As with many great inventions throughout human history, nobody could have predicted such pervasive neurological consequences of the internet, smartphones, video games, and social media. The human brain is so sensitive to manipulation by these tools that one study showed the mere presence of a smartphone impaired cognitive function in subjects, even though it was turned off!

How digital marketers trick the brain into addiction

Although the endless novelty of technology makes it easy for the stimulus-seeking brain to get hooked, digital addiction has also been engineered for commerce and profit.

Boredom, loneliness, sadness, frustration, confusion, indecisiveness — these are inherent to the human condition. However, they are also the bait for digital distraction.

Technology’s “persuasive designers” use human neurology and psychology — strategies taught at Stanford University in Silicon Valley — to exploit the brain’s tendency towards reward- and pleasure-seeking behavior.

Many people are familiar with the rat studies that showed a rat will press the lever that delivers cocaine over the one that delivers food and water all the way to its death. That’s how powerful those neurochemical pathways are once activated.

You’re not getting distracted because you’re a weak-willed or lazy person, you’re distracted because a relative handful of tech elites have mastered the art of manipulating the human brain — by overriding executive function and appealing to primitive impulses — to hook you and profit them.

Plasticity refers to the brain’s ability to create pathways of communication. This is what helps us learn new things and turn conscious actions into automatic habits. The constant and addictive neurological rewards technology offers — notifications, likes, autoplay videos, demanded reciprocity on LinkedIn, Facebook marketing that picks up on insecurity and sells you approval — creates negative plasticity. In other words, these distractions wire our brains to function in new, and unfortunately, worse ways.

Distraction and addiction aren’t the only fallouts. Our digital companions also let us download our memory— phone numbers, directions, appointments — thus failing to exercise this vital brain function so that it starts to deteriorate.

Heavy digital use over develops the left side of the brain while neglecting the right side, which is more linked to concentration, attention, memory span, and emotion. Overdevelopment of the left brain at the expense of the right brain can worsen memory and promote depression.

We now have entire generations growing up never having known a world without instance digital access. The bad news is research shows the constant use of tech by kids is negatively affecting their brain development.

The good news is the creators of the most addictive aspects of technology are themselves alarmed at the neurological and global effects. Many are also parents now and see the damage that can done to the inherently vulnerable brain.

As a result, these pioneers are now voicing concerns about the ethics of digitally addictive features. Tobacco, alcohol, and even opium and cocaine are examples of addictive substances that were once considered benign and beneficial and have since been recognized as risky and destructive. When it comes to easy outs from the daily struggle that fills so many moments of being human, the brain goes for the quickest route to relief.

Although the most obvious solution to outwitting tech addition is to not use it, that is increasingly becoming less realistic. In functional neurology we can support addiction recovery by rehabilitating the areas of the brain involved in compulsion, obsession, concentration, and memory. Ask my office how we can help rehabilitate the tech-addicted brain.