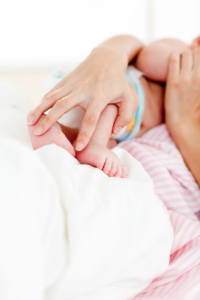 Functional neurology and the importance of touch for the brain

From the moment a newborn is placed on its mother’s stomach, feels the touch of its parents, and roots and suckles to nurse, the stimulation to the brain from this physical contact is laying the foundation for future brain health and function. In other words, the human brain needs regular healthy touch to develop normally.

Studies show children who are deprived of healthy, loving touch in early life go on to be at greater risk for a number of brain-related disorders, including anxiety, depression, low self-worth, a lower IQ, less empathy, addiction, and mental illness. A greater incidence of general health problems is also a common occurrence.

Lack of touch, physical violence, and sexual abuse in childhood create pathways in the brain that determine the course of its development, and hence a person’s sense of self, emotions, behavior, brain function, and immune function.

This leads to certain areas of the brain being under active, while others are over active. We can use functional neurology rehabilitation techniques to activate or dampen different areas as needed.

For example, functional neurologists may use eye movements to activate or dampen areas of the brain. Scents, such as an essential oil, can be used to trigger a positive cue to rewire the brain in a healthier direction.

Brain exercises that improve function of the inner ear, or vestibular system and the cerebellum, which both regulate balance, can also help relax and emotionally regulate the hyper vigilant brain of the touch-deprived, anxious individual.

These exercises are customized to each person based on how their brain functions.

For instance, consciously practicing generosity can begin to rewire the brain in a healthier way and release dopamine and oxytocin, which can help a person feel better about themselves and those around them.

Making time in your schedule to volunteer regularly or to do something for someone else without expecting anything in return is one way to start rewiring your brain. Writing in a gratitude journal for a few minutes once or twice a day is another way to reinforce that.

Retraining how you think is also an important part of this process. Seeing a therapist can help you develop awareness of negative self-talk and strategies to start talking to and thinking about yourself more positively.

Positive social support is also vital as the human brain is designed to operate as part of a tribe. Finding a healthy, supportive group of people to get together with regularly will help fill in the gaps created by lack of early healthy touch.

Simply observing others touch and relate to each other in a loving way can activate these under developed and starved areas of the brain. Someone who grew up touch deprived simply may not be able to immediately give and receive non-sexual healthy touch. One way to begin that rehabilitation process is to be in the presence of it so your brain can create a mirroring process for its own neurology.

Get a massage, foot reflexology, and other forms of safe and healthy touch. If you’re not in a situation to receive touch from friends or family, investing in a massage can help deliver some of the same benefits.