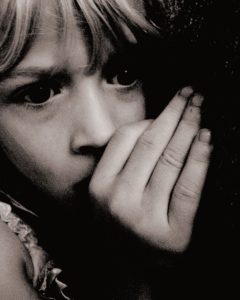 It’s estimated one in five children in the United States has a mental disorder these days, and the rate is rising at an alarming degree. This means as many as 12 million children are currently affected.

What does a childhood mental disorder look like? It can affect a child’s behavior, learning ability, and their ability to handle their emotions. It can also mean more significant diagnoses such as bipolar disorder, autism spectrum disorders, and conduct disorders.

It’s tempting to want to pin the rise on one factor, but studies shows links between childhood brain disorders and autoimmune disease during pregnancy, environmental chemicals, and industrialization of food.

These are all factors that have been shown to profoundly impact the developing brain in utero and in childhood at an alarmingly increasing rate.

One study demonstrated the rate of hospital stays among children for mood disorders increased 80 percent since 1997. Additionally, pediatric admissions for mental health issues — such as depression, bipolar disorder, and psychosis — and substance abuse issues increased 24 percent in just three years prior to 2010. Nearly one in ten hospitalized children have a primary diagnosis of a mental health disorder.

About 11 percent of children had been diagnosed with attention-deficit/hyperactivity disorder (ADHD) by 2014.

Researchers have linked childhood autism with autoimmunity in the mother during pregnancy.

The brain of the fetus is already developing in the the first trimester and is profoundly affected by the mother’s immune status.

Some of these mothers also have an undiagnosed (and often asymptomatic or mildly symptomatic) autoimmune reaction to their own brains that they pass on to the child via immune antibodies.

These antibodies damage the brain of the fetus. This sets the stage for autism or the triggering of autism by a factor in the environment, such as chemicals or heavy metals.

Women with autoimmune disease are more likely to carry these immune antibodies to the brain.

A parent can lower a child’s risk of brain disorders by screening for and managing their own undiagnosed autoimmunity and inflammation prior to conceiving.

For instance, rates of autism are higher in children whose mothers lived near freeways during pregnancy due to increased pollution.

Managing your immune system through functional medicine and functional neurology, eating an anti-inflammatory whole foods diet, cutting out common dietary immune triggers (gluten and dairy are the most common), and avoiding toxins as much as possible are examples of strategies to improve the odds of giving birth to a child with a healthy brain.

For more information about how to manage autoimmunity, contact my office.