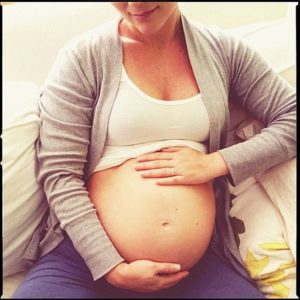 Autism spectrum disorder rates have increased by about 80 percent in the last 15 years, and an estimated one in 45 children have autism. While both parents scramble and scientists search for answers, one factor increasingly shows up in research: An immune system gone awry attacking the brain — also called autoimmunity.

A mother who already has ongoing autoimmunity (which often may not have been diagnosed) is at a higher risk for having a child with autism.

This is because the mother carries antibodies in her bloodstream that are programmed to target human tissue for attack, including brain tissue. These antibodies then get passed to her fetus.

The factors that predispose a person to triggering autoimmunity are another risk mothers can pass onto their kids, the most common being disorders stemming from high blood sugar: obesity, diabetes, and PCOS (polycystic ovary syndrome). This is because excess sugar is highly inflammatory and raises the risk of autoimmunity.

For instance, maternal obesity almost doubles the risk of a child developing autism, while obesity combined with diabetes quadruples the risk. Maternal PCOS, a hormonal disorder caused by high blood sugar, has also been linked with an increased risk of autism in children due to excess testosterone.

Another maternal risk factor that can affect fetal brain health is leaky gut, also known as intestinal permeability. This is a common condition in which the inflamed and damaged gut wall allows undigested foods, bacteria, and other pathogens to escape from the intestines into the bloodstream. These circulating pathogens affect the fetus by stimulating an immune response that may affect the development of the fetal brain.

Many things can cause leaky gut, but the most common is excess sugars and starches, processed foods, and junk foods. Other factors are chronic stress, excess alcohol, antibiotics, NSAIDS, and metabolic imbalances.

Because the gut is the seat of the immune system, a leaky gut triggers a cascade of inflammation that extends beyond the gut and into the brain and body. This raises the risk of brain antibodies developing in the mother and being passed to the fetus.

While some children withstand the assaults of modern life relatively unscathed, the child with autism or whose brain and immune system are predisposed to autism will react to foods, vaccines, viruses, chemicals, or other immune triggers. This imbalance can begin in the womb.

An anti-inflammatory diet is foundational to a healthy immune system and pregnancy. Studies have shown the effectiveness of a gluten-free and dairy-free diet or, more ideally, the immune balancing autoimmune diet.

It’s important to approach conception and pregnancy with immune health in mind. This will not only reduce the risk of autism but also reduce susceptibility to other immune disorders, including asthma, eczema, food intolerances, allergies, and other brain developmental disorders (e.g., Tourette syndrome, obsessive-compulsive disorder, depression, ADD/ADHD, etc.)