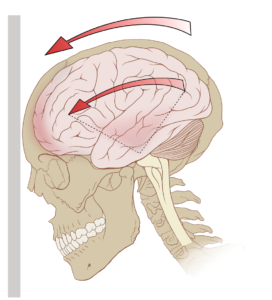 Why functional neurology after a brain injury is vital

If you sustain a brain injury, even a mild one, it’s important to be evaluated by a functional neurologist to prevent long term damage and symptoms. Functional neurology uses diagnostic testing that is more sensitive and thorough than normal and that customize rehabilitation based on specific areas of damage to prevent problems in the future.

Brain injury or concussion symptoms typically include fatigue, brain fog, and changes in mood and behavior. Physical symptoms include dizziness, problems with motor control or balance, or digestive issues.

When these symptoms persist, people tend to stay indoors more and avoid social environments or areas where light and sound overstimulate them. Although this becomes the new normal for many people who have had a concussion, it is not normal as a long term strategy.

Even if you don’t have symptoms after a head injury, a functional neurology exam can prevent future problems by identifying areas that may be damaged unbeknownst to you.

The functional neurology exam after a brain injury

A post-concussion functional neurology exam evaluates the brain in relation to possible nerve damage in other areas of the body, problems in the joints or spine, and damage to the inner ear, also called the vestibular system.

The vestibular system coordinates with the eyes and higher centers of the brain to help control where the body is in space. This system is commonly damaged with brain injuries, causing dizziness, nausea, disorientation, or the sense of being on a rocky boat.

Although that’s a common tool, it’s only one of many possible options. Functional neurology combines a variety of exam tools to create a broad, objective picture of brain function and health. We then repeat those tests to measure progress and modify treatment during the rehabilitation process.

When a person sustains a brain injury that warrants a trip to the emergency room, a CAT scan may be ordered to screen for fracture, hemorrhage, or swelling that needs to be surgically addressed. A follow up MRI can identify bleeds or tissue injuries.

However, the majority of brain injuries are too mild for damage to show up on CAT scans or MRIs. More sensitive imaging is available but typically not used as it doesn’t change the course of treatment in the standard model (unless it’s in a situation involving a third party, such as a car accident).

However, with more sensitive functional neurology testing we can find out if these problems come from a balance issue or a visual issue and develop treatment strategies that address problem areas one by one based on your unique situation.

For instance, if turning your head to the right makes you dizzy, functional neurology uses exercises to address the areas of the vestibular system and brain causing that before moving on to more conventional physical rehabilitation — an area where the standard health care approach typically begins.

Ask my office for more information about how functional neurology can help you recover from a brain injury.