I have a confession to make. I have been dealing with an addiction for over half of my life. This is something I use almost daily. Even if I don’t use it, I always have it on me, ready to partake at any given moment. The addiction has dug itself so deep into me that I have never even wanted to quit. I have fully accepted that this is a part of me. I am addicted to chap stick.

A lot of us have our addictions. Some are not funny and have destroyed lives. Those are the obvious ones. We also have addictions that are more socially acceptable. Many people can’t get through a day, let alone a single morning without getting a hit of coffee. Some people need soda or energy drinks to get them through a day. I need chap stick. I never leave home without it and at night I always have it near my bed in case I need it.

I am fully aware that chap stick can dry out lips which causes you to need it more. If I could break free from using it, it will help me in the long run. I don’t care. I keep using it and you can’t stop me!

I have another confession to make. I always thought chiropractic care was the same. I thought it was an addiction that might feel good for the moment but would affect your body in such a way that you would come crawling back for another hit. Well, chap stick is much cheaper than chiropractic care, so I’ll stick with the lip magic. At least, that was my perception.

I handled worker’s compensation claims for 6 years and worked in a physical therapy office for 2 years before working with Dr. Pendleton, Dr. Meints and Jordan. As a worker’s compensation specialist, we were not fond of chiropractors because their treatment seemed endless with minimal results. Our company would only allow us to pay for a certain amount of chiropractic treatments per year. I’m sure that sounds familiar.

The people around me who swore by chiropractic care would try and proselytize anyone about the benefits of going to a good chiropractor. They would proclaim from the rooftops about how good it felt. That’s great and all, but the whole idea of endless treatment didn’t really blow up my skirt. I met a chiropractor once and he was a conspiracy theorist who put out a major “crazy” vibe. The reasons for not seeing a chiropractor were growing.

I think another major reason I have avoided chiropractors is that I have had a healthy life. I understand this is an enormous blessing. I have read countless medical records over the years of patients struggling with a variety of illnesses and ailments. I’ve seen people coming into the physical therapist’s office I worked for who are in large amounts of pain. I have also been involved with ministry since 2000 and know many people who have physical pain which runs deeper into the mind and spirit. I myself have not personally known any of these kinds of pain.

What I understand about pain is people are willing to try anything to get rid of it. As a worker’s compensation specialist, I saw endless lists of medications and surgeries that people have tried with minimal results. Sometimes the conditions worsened or new problems arose from these treatments. When I worked in the physical therapist’s office I saw people complete their treatment plan with barely any changes to their pain levels. Now don’t get me wrong; I saw many people improve either completely or close to it. Even with the success stories, it was overwhelming to see all the people that were still stuck in their pain with little hope of relief. 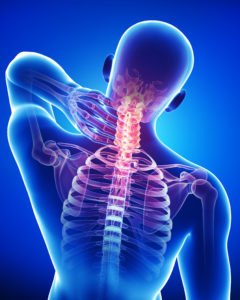 I have one last confession to make. I’ve changed my mind. I’ve been with Southwest Brain Performance Centers for 3 months now. I was amazed for the first couple of weeks because people would come in almost bent over with pain. Fifteen minutes later they had a cartoon bird on their shoulder whistling a tune and they would be singing and dancing like they were in a musical. That might be a slight exaggeration, but the difference in their pain level and demeanor was astounding. It still amazes me, but now I expect it. No matter what I thought of chiropractic care in the past, I cannot argue with these results.

There was a patient who came in a week ago walking gingerly and bent in two. Three appointments later and she’s been released from treatment because she’s 100%! It doesn’t always work that way, but it happens more than you would think; definitely more than I would think. Dr. Pendleton and Dr. Meints are not your typical chiropractors who will keep treating you even though you don’t need it. Those kinds of chiropractors are out there, I’ve seen it.

We also see patients who have had traumatic brain injuries. A lot of times, patients come in thinking there is no hope for their condition. I have the privilege of being a fly on the wall and see them transform. It takes a little bit of time, depending on the patient, but the transformation is remarkable to see. Even one week of treatment can greatly improve the quality of life for these patients.

If you are in pain, give chiropractic care a try. Here at Southwest Brain Performance Centers, we want to see you healthy and enjoying a pain-free life. You may have your addictions like coffee, chap stick or something worse. Chiropractic care is not an addiction, it is a solution.